Whose business is it anyway to disrupt? 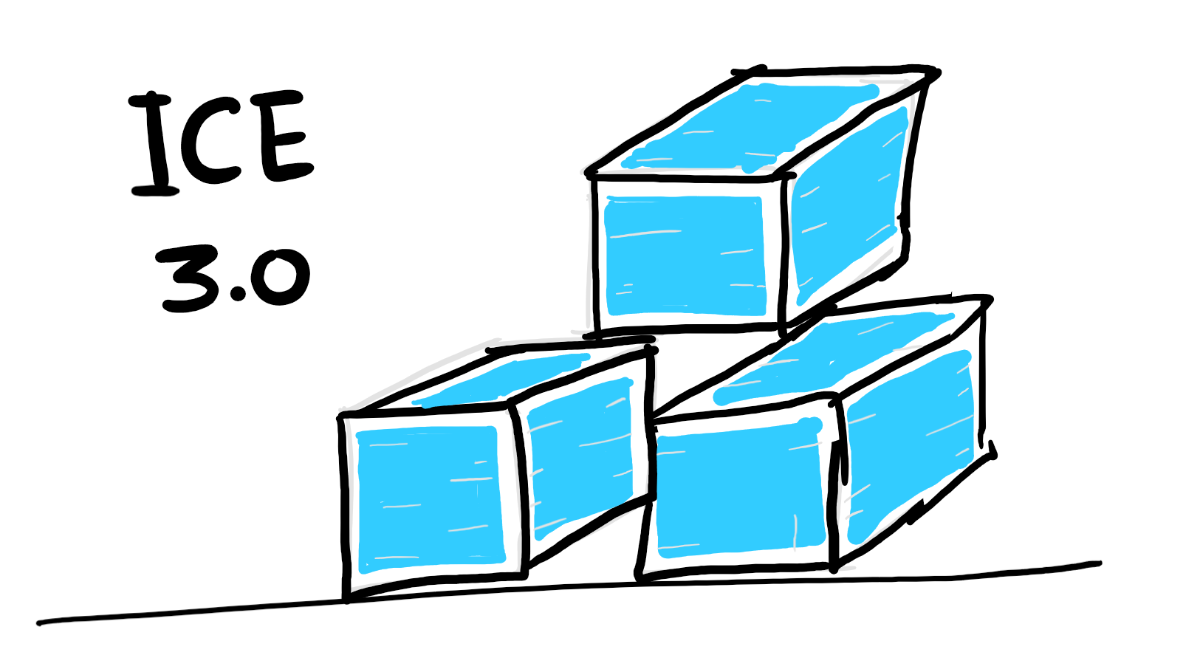 Discussing ideas is simple. It's even simpler for people to discard those ideas.

Some of the common reasons for ideas being discarded are:
- isn't this done already?; or:
- some other company is best placed to do this, not you/us

With regards to the first reason, I won't comment on it now. It's something that needs an article of its own.

But I don't think there is anybody "best placed" to work on an idea than the person who has the conviction go after it. It doesn't matter how ambitious the idea is.

And the best way I can explain this is by the evolution of the business of ice. 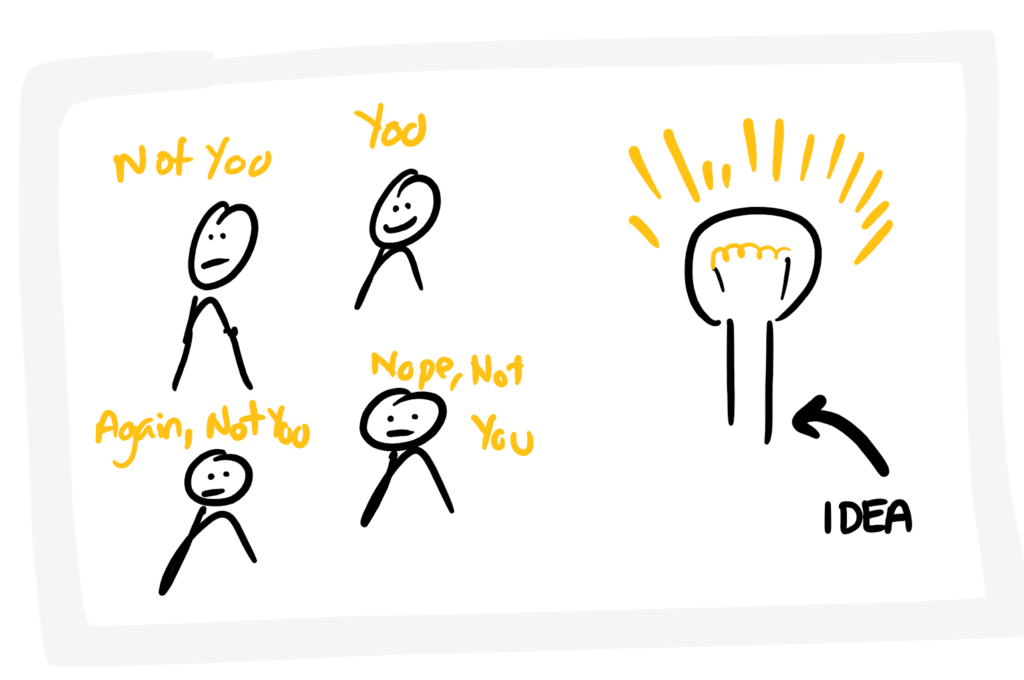 What is the business of ice?

Good question! It's just a term I have coined, there are no management lessons on the business of ice (maybe there should be). But simply, the business of ice is how the ice-making/harvesting underwent a technical and business model innovation whereby those who were "best placed" to evolve weren't the ones who evolved. They were disrupted by those whose business it was NOT.

A good example of this is in a talk that Guy Kawasaki gave, and like many things are, is available on Youtube.

In the late 1800s - early 1900s, there was an ice harvesting business in the United States. So during winter, a business would go to a frozen lake or pond and cut blocks of ice. Their idea of innovation was a bigger horse, more horses, sharper saw.

But it was fundamentally: wait for winter, live in the cold city, cut blocks of ice. 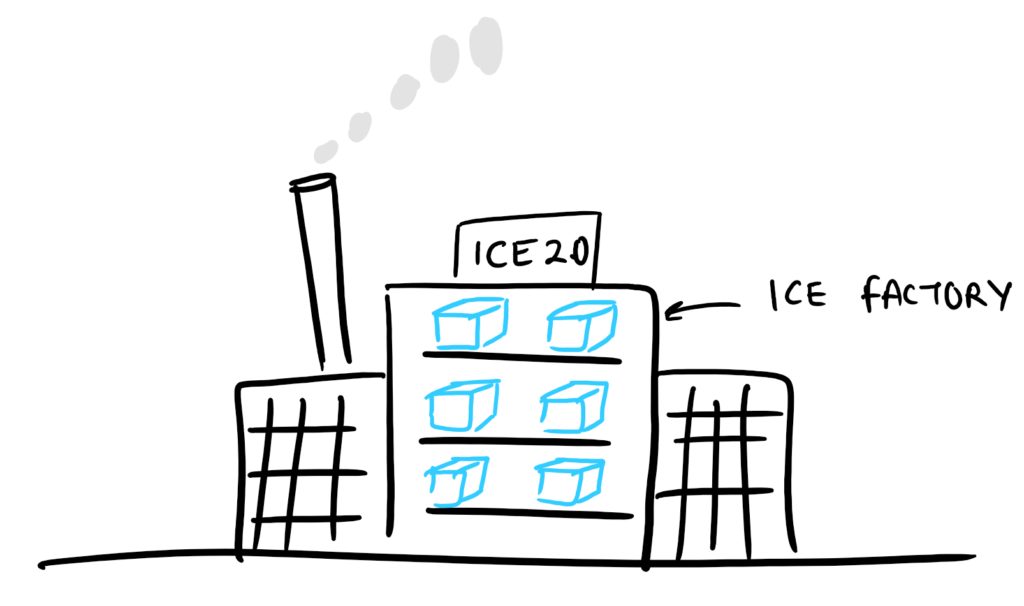 Imagine the breakthrough this was. No more limitation by climate or by season.

Another 30 years go by, and you have a refrigerator. Now, it's not a matter of freezing water centrally and delivering ice to people; now anybody could have their own personal ice factory in their home.

The interesting fact about this evolution of ice is that none of the organisations that were ice harvesters became ice factories; and ice factories did not become refrigerator companies.

Most companies define themselves in terms of what they do. Not in terms of the benefit they provide.

Bringing this back to your ideas - in the age of ice harvesting, the idea of the refrigerator would be ridiculed. 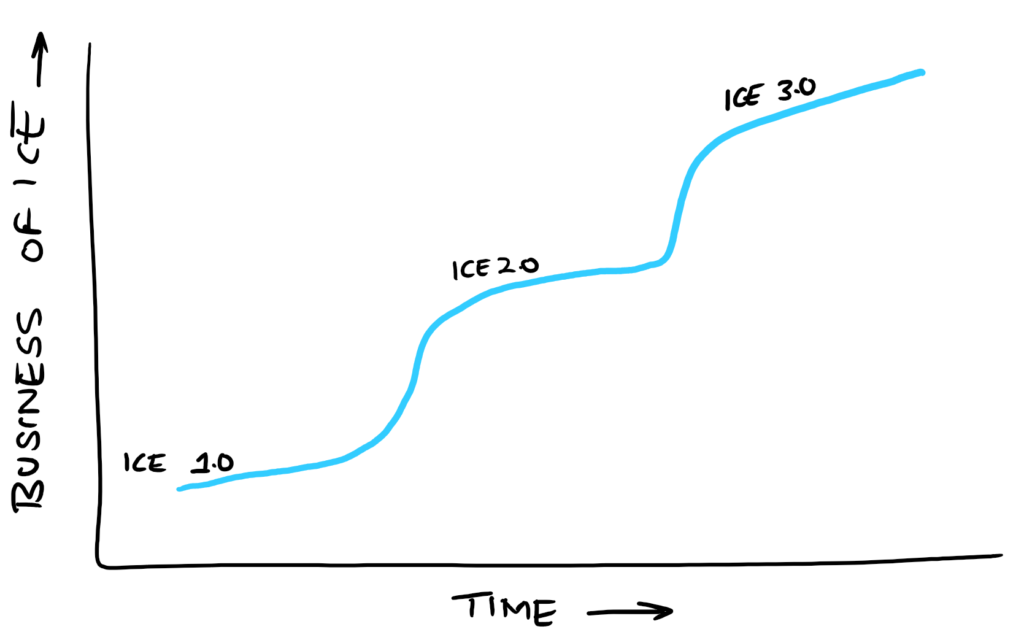 Does the business of ice curve look like the Innovation-S curve? It better do, because that's what I am trying to show!

"Why do we need a refrigerator, we already get ice through our iceman!"

"The refrigerator is a bad idea; the unit cost will be high, mass-producing ice centrally works for everyone."

"No one is asking for a refrigerator; we need more ice vans to deliver ice. Train more people to drive ice vans."

"You don't know the business of ice - the ice producing factories can do this and put you out of business."

These are some of the things I assume folks heard when they came up with the idea for a refrigerator.

Actually, you could change the topic and substitute with any of your ideas, and the quotes above would still be valid. Discarding other people's ideas is simple, and it's easy to imagine a number of ways ideas won't work.

Your job, when you have an idea, is to cut through the noise.

Take the feedback, and hear what needs to be heard. Not all the feedback is worth listening to.

Shameless plug: I have written about listening to what is not being said. It's also worth a read if you have 5 mins.

So, what's your point, Faizan?

I see you want me to bring this article to a conclusion. Let's do that then.

All I am saying is that if you have an idea for yourself or your business, it's fallacy to think it's not for you / your business. In fact, the business of ice has shown that disruption comes from those, whose business it is NOT.

The moment you think: "this is a good idea, but it's not my business". Maybe that's exactly when it is your business.

Does that make sense?

Let me know what you think via LinkedIn (yeah I do have a professional persona)or Twitter (@faizanpatankar).